Integration of Freshchat with Freshbots

You can integrate Freshbots with Freshchat to serve bot as an external service which is called Freshchat BYOB(Bring Your Own Bot). Freshchat is a live chat product that helps in easy messaging with customers.

Freshbots-Freshchat integration helps in the scenario where a user engaging with the bot wants to talk to a live chat agent, then the conversation will be handed over to a Freshchat agent. The bot will kick in again once the ticket is resolved.

Steps to integrate Freshbots with Freshchat

* Create a Fresh chat account by following this link, if you don’t have one already.

In the Bot builder:

* You can either create your own bot and sync it or you can use the Freshchat widget.

* In the configuration page, fill the following fields : 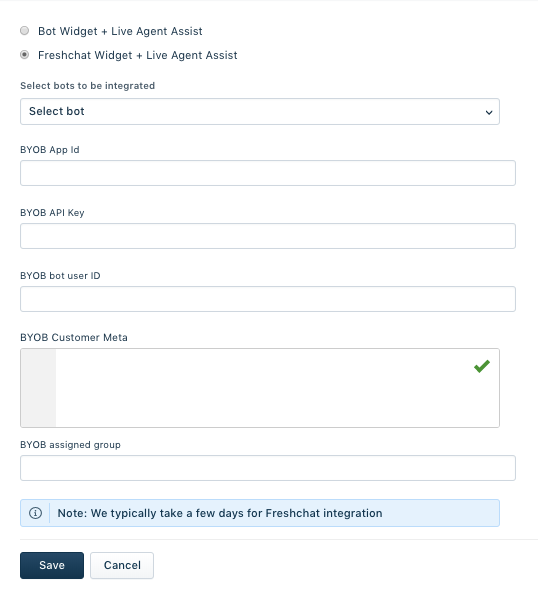 BYOB assigned group- this will be the template that will get from flow to assign the conversation dynamically to the Freshchat group.

BYOB Customer Meta - fill this with the following payload:

Here, you can fill with template variables or with static values and that will be used to update the user properties.

In the Freshchat page:

* In the Freshchat page disable the bots and enable the webhooks from settings. 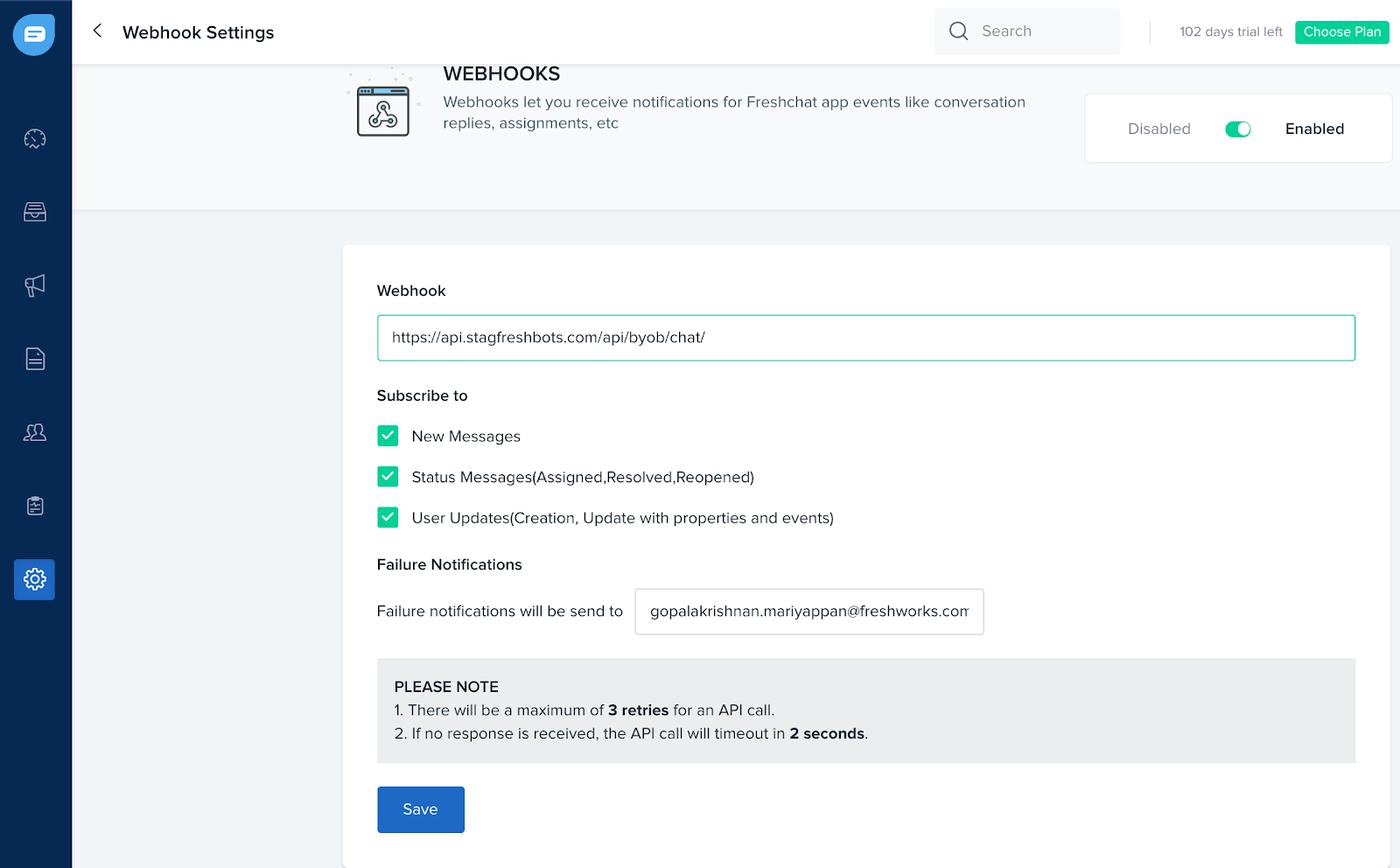 Embed the Freshchat SDK on the page:

* In the Freshchat page, Click on Settings and choose the Web Messenger. 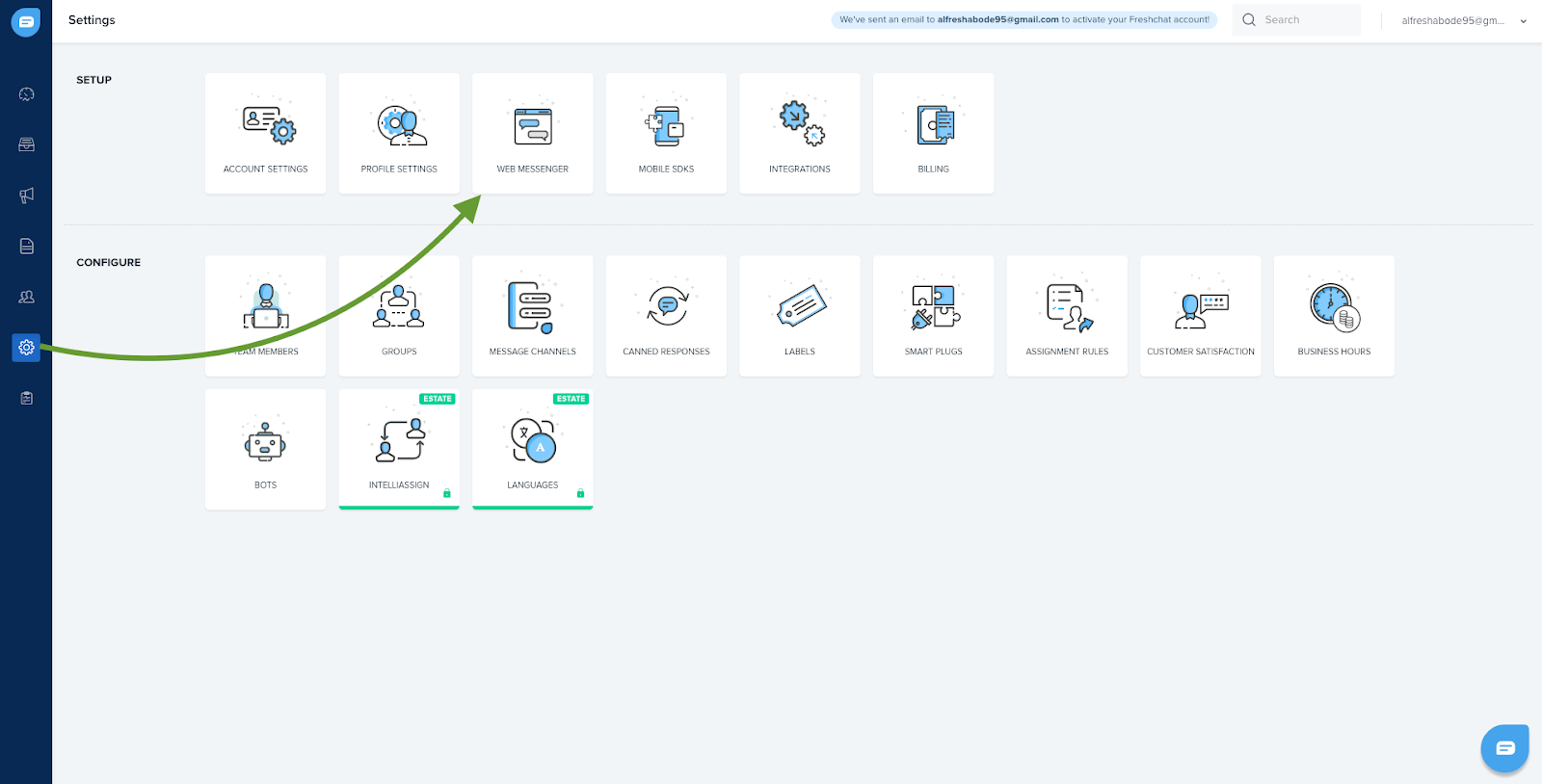 * From the widget code, copy both the Head & Body code and paste it on your website. 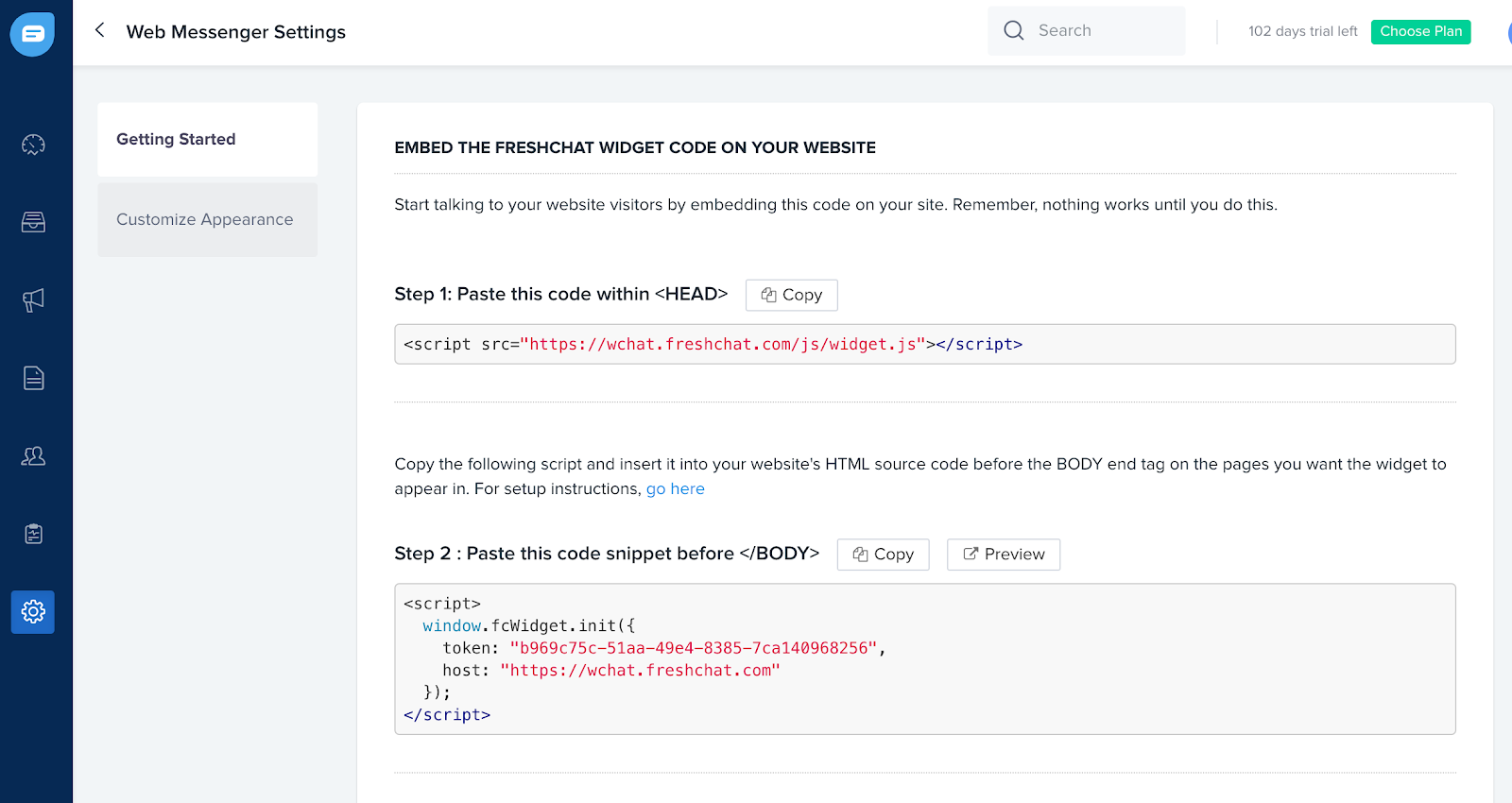 Test your changes as an end-user by pasting your copied code snippet in https://jsfiddle.net/

Did you find it helpful? Yes No

Send feedback
Sorry we couldn't be helpful. Help us improve this article with your feedback.